Shot BY KRISSY REYNOLDS in our Roanoke, Va. shop.

"Mountain folk have a punk attitude all their own."
— Valerie Nieman, North Carolina author

This idea — that Appalachia is as punk as a destroyed Sid and Nancy tee found in a graffitti-laden dumpster — ain't exactly new. Kevin Dunn can tell ya'. He was at the heart of eastern North Carolina's punk scene some thirty years ago, while living in Boone.

"The concept of 'Appalachian punk' made a lot of sense," he said when we chatted recently. "Musically, punk and Appalachian folk music both exist outside of the mainstream music industry...and the do-it-yourself mentality of punk resonates deeply with mountain culture."

Funny enough, Kevin's career went mainstream. It took him to New York for a professorship at Hobart & William Smith Colleges, but he still held tight to those badass roots, publishing an academic book on the punk ethos and now a novel that fuses his love of punk and Appalachia.

Set in eastern North Carolina, "Vicious is My Middle Name" drops Sydney Vicious Talcott — a New York teen — in the fictional town of Beaver Dam, North Carolina, where a rich businessman plans to build as asphalt plant right next to the middle school.

Suffice it to say, Syndey and her friend's ain't havin' it. She teams up with Shawn, a self-proclaimed “proud Affrilachian nerd” and Rita, a “fearless Guatemalan immigrant,” to fight the man. With a musical benefit concert, the trio puts punk rockers on stage alongside old-time singers, and as you can see in the below passage, the unlikely mash-up creates a magical moment. It's one of many in a novel that spotlights Appalachia's grit, diversity, and determination.

From "vicious is my middle name"

It was showtime and we only had about thirty people in the warehouse. More than half of them were the musicians, their friends, and families. Rita went to check on Sophia, who confirmed that she had sold only a dozen tickets so far.

The Ward Cleavers started plugging in their instruments. Ben walked up to the microphone to check the levels and I suddenly wondered who was running the PA, since he and Betty were onstage. I turned around to see Dani behind the board, adjusting the levels. She smiled and waved me over.

“What do you know about running sound, Sydney?”

“Well, stand next to me and I’ll show you how it’s done.” She winked at me. “The best soundmen are women, and don’t let anyone ever tell you otherwise.”

So during the Ward Cleavers set, Dani showed me how the soundboard worked. She showed me how to set the gain knobs to avoid getting feedback. How to set the faders for each channel in order to get the best mix. How to make a different mix for the monitors onstage so that the band could hear themselves clearly.

When the Ward Cleavers started, they launched into one of their more rockin’ songs. They were far louder than Mr. Snead’s band had been, and everyone took several steps backward when the music hit them. There weren’t too many people standing in front of the stage. Except Shawn, who seemed like his shoes were glued to the floor. He had a look of pure amazement on his face and seemed especially in awe of Betty’s playing.

What I had heard on their record was a cool blend of punk and what I had considered bluegrass. But Ben had informed me that there was a difference between bluegrass and oldtime mountain music, and that they took their inspiration from the latter. And after their first song, their mountain roots became much more obvious to me. Betty was front and center with her fiddle, and the music, though still fast and loud, definitely had a twang to it.

When they ended their first song, the other members of Lite Brite were dancing in front of the stage. But by the time the second song finished, they’d been joined by a growing group of fans, with Shawn still rooted in place. One of the people dancing around looked a lot like one of the twins that hung around Bethany, but since she was all alone, I decided it couldn’t be her.

For the third song, Betty stepped up to the microphone.

“Hey, y’all. Thanks for comin’ out. This next song is called ‘Mountain Laurel.’ It’s about the natural beauty of our environment and how it is up to us to protect that beauty. We’re here to make sure HD Dunkirk and their friends don’t build an asphalt plant right here in my hometown of Beaver Dam, right next to the school. We’re here to take a stand against those who destroy our mountains with their greed. We’re here to fight back against corrupt politicians and the bullies of the world.” The small crowd in front was clapping and cheering as she spoke. “But more than anything, we’re here because three brave middle-school students—Shawn Tucker, Rita Gonzalez, and Sydney Talcott—have brought us all together and led that fight. This one is for them!”

The crowd cheered loudly as the band ripped into the song. The song was amazing. Betty sounded even better live than she did on the album.

Dani and I danced behind the soundboard, singing along. We kept dancing for the rest of the set, singing when we knew the words.

Before their last song, Ben stepped up to the microphone.

“Thanks for coming out tonight for this great cause. Thanks to Shawn, Rita, and Sydney for putting this together and inviting us. We’re super excited to be sharing the stage with the Tucker Trio and Lite Brite. And at the risk of stepping on the Tucker Trio’s toes, we’d like to play one more song that most of y’all hopefully know.”

He counted off the beat and then the band blasted into a fantastic song that sounded vaguely familiar. It took me a few moments to recognize what they were playing. Holy crudola. It was “Shady Grove.”

I danced my way up front to stand next to Shawn, who looked over at me with a huge grin on his face. As soon as the song ended he turned to me, “Ohmygod, that was amazing! I’ve never heard ‘Shady Grove’ so fast or so loud. I love it!”

Just then the lights came up. Shawn and I realized that we were standing in the middle of a big crowd. A huge crowd. Where had all the people come from?

We looked around, slightly stunned. There were at least a hundred people in the room. Maybe more. And all of them were smiling and clapping for the Ward Cleavers.

Rita excitedly pushed her way toward us. “Sophia says she just sold the 150th ticket!”

The three of us jumped up and down, squealing.

And then the lights went dim as the Tucker Trio began to play.

They were unbelievable. I have never heard music played like that before. They played as if they had sold their souls to the devil, but they sang like angels. The vocal harmonies about brought me to tears. If they were rusty from years of retirement, you couldn’t tell. They played their instruments with the skill of professionals at the peak of their careers. You could tell how happy the crowd was to be witnessing them playing live. People had their arms around each other, huge grins on their faces, cheering loudly at the end of each song.

It felt like history was being made right there in that warehouse.

Mark Lynn Ferguson founded Woodshed. His work has appeared in The Washington Post, Chicago Tribune, Virginia Living, and many Appalachian publications. He mostly lives in Roanoke, Virginia, where he loves cooking a mess of fried taters, picking pawpaws, and exploring the old family farm he and his husband bought in 2021. 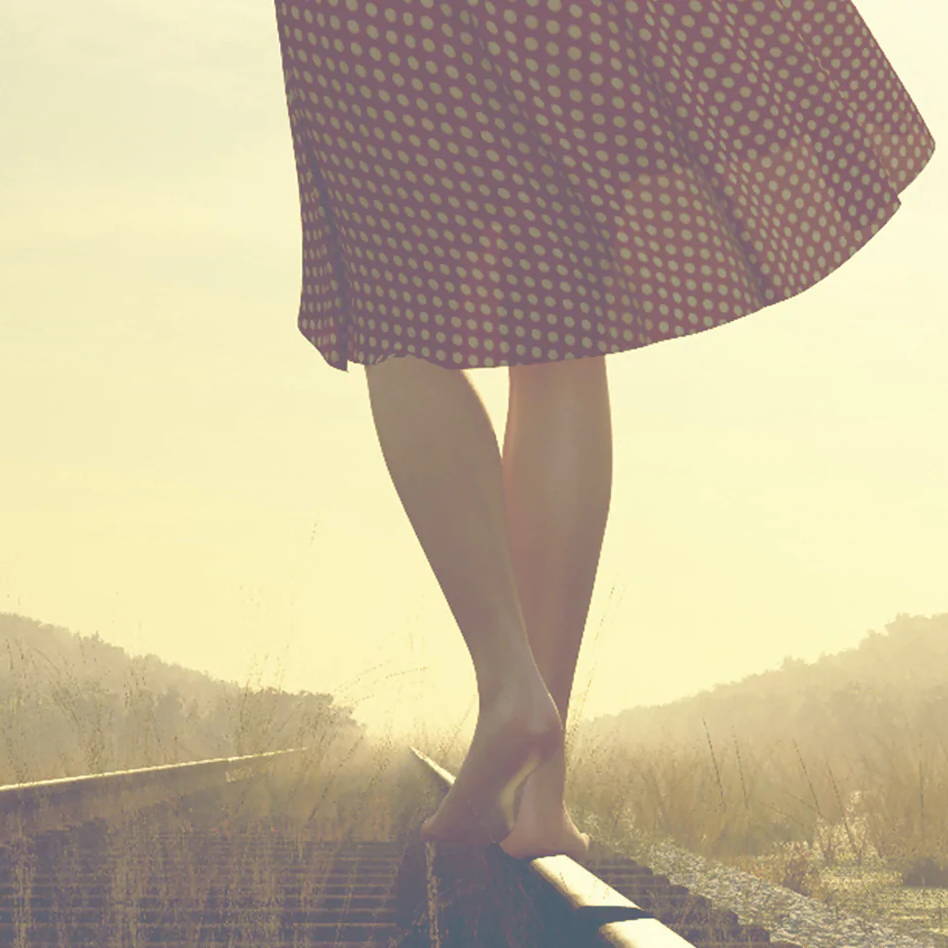 Twelve-year-old Ann Gotlib was last seen on June 1, 1983, biking away from a Louisville, Kentucky mall. Her friend Tanya said the girl was headed home, but she never made it. 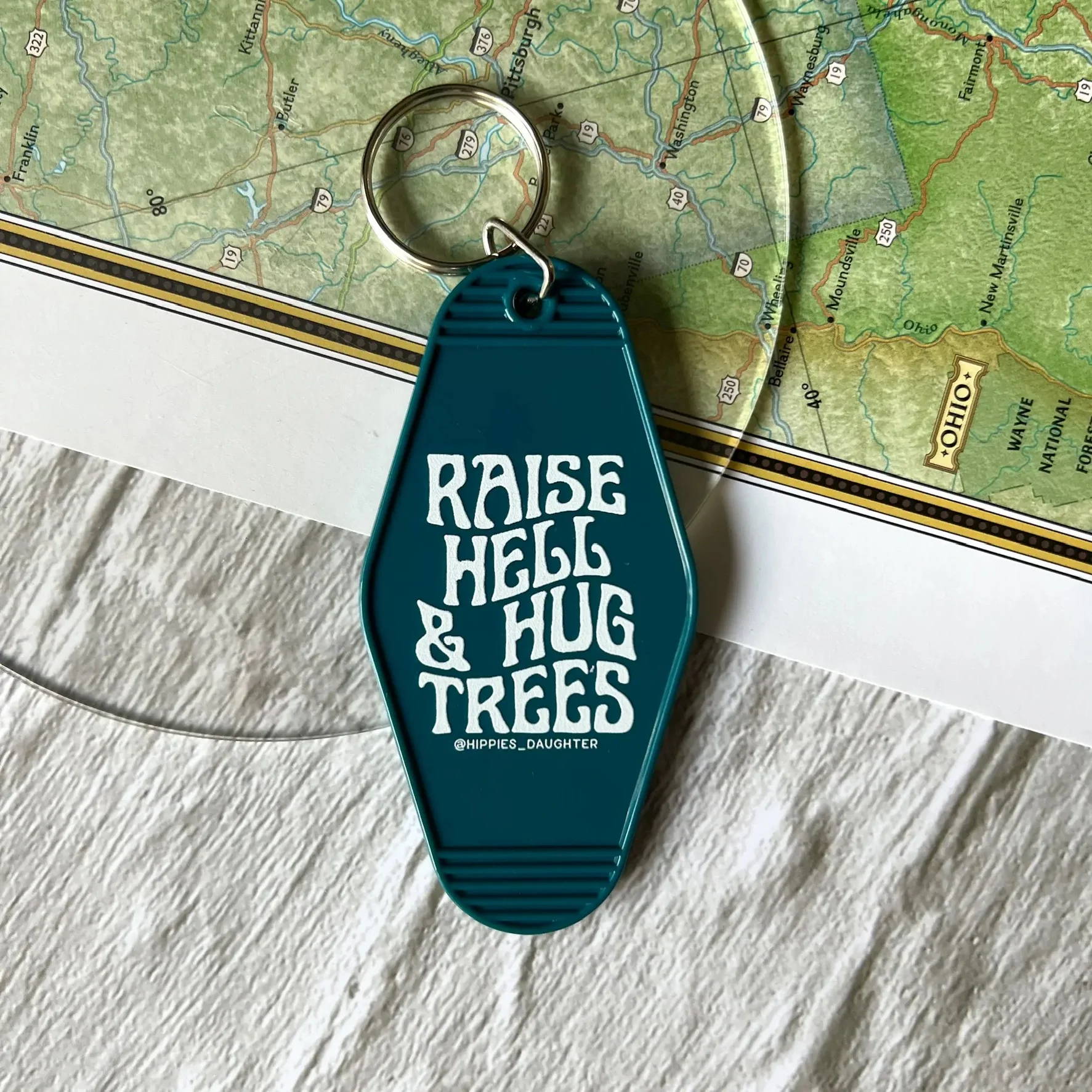 Who doesn’t like a keychain with a little sass? Made by Hippie’s daughter in St. Albans, W. Va, it’s like those classic, plastic keychains used at motels across the country and, who knows, maybe around the world. 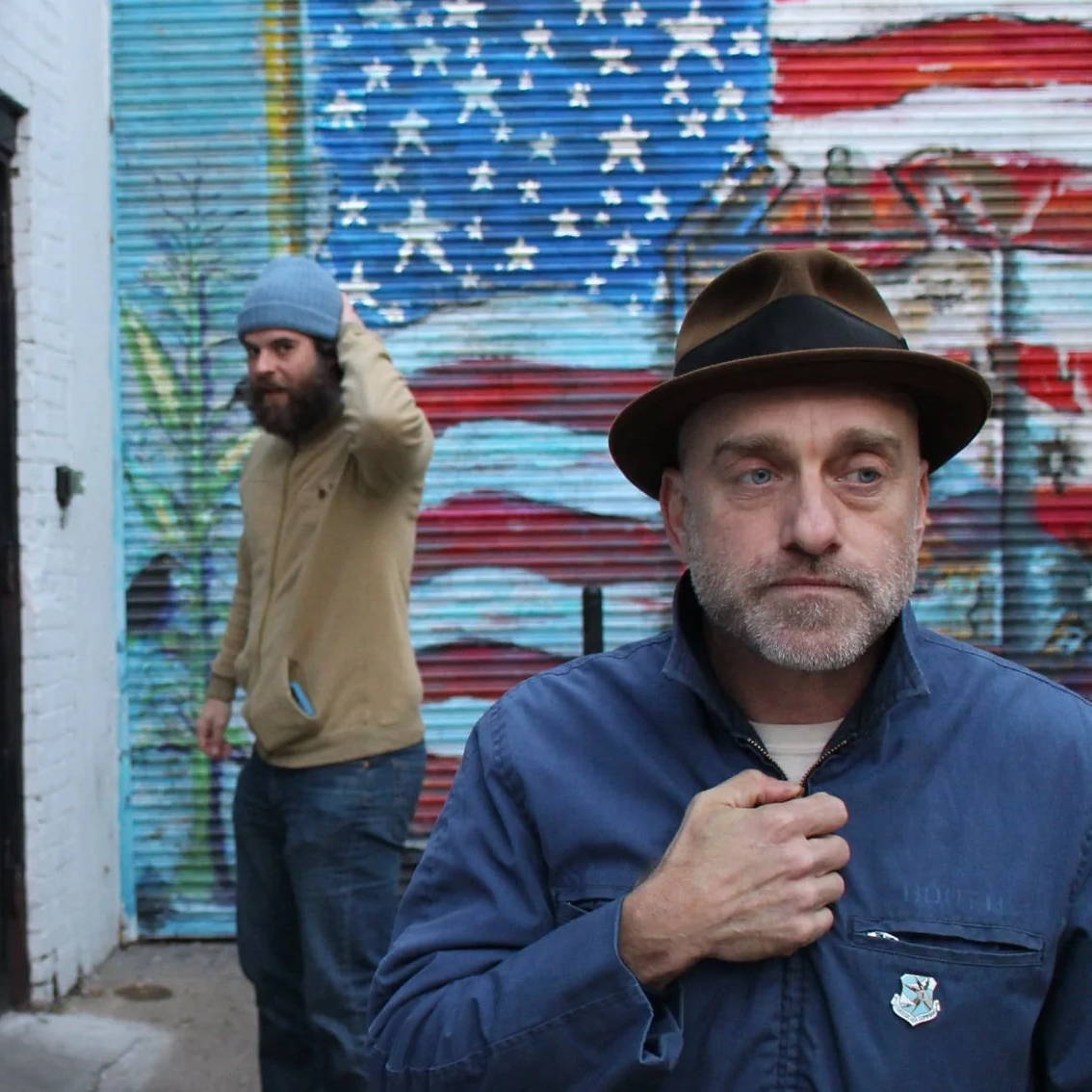 ONE SONG:
BY AND BY

How many bluegrass bands craft instruments from trash?Just one by my count. The Hackensaw Boys have built and rebuilt its signature percussion instrument from tin-cans, hubcaps, license plates, and a leather strap.